What is Human Design?

In a nutshell, Human Design is a system that helps us live in alignment with how our natural energy works.

Human design combines ancient systems like the I Ching, astrology, Kabbalah, Hindu-Brahmin chakra system, and quantum physics to describe our unique energy and gifts. Your personal graph shows you where and how to access your body’s consciousness as a decision-making tool, and ultimately, how to live as your true self. Human Design offers a map, or a manuel, that indicates how you are unique as a person, and guides you in living in a manner that in sync with who you are.

I believe that when we live in alignment with our true nature, we begin to experience a level of comfort and acceptance for who we are, instead of chasing who we are not in the world. 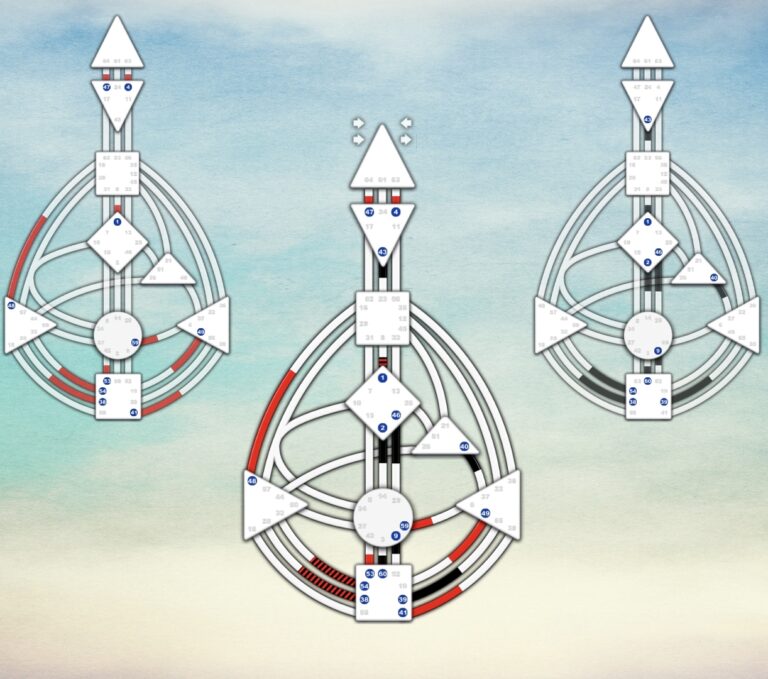 'no one is broken and yet we run around trying to fill up the open places and seek to be what we are not.”

Note: Each and every individual is born with a design that is perfect for them. No one is broken and yet we run around trying to fill up the open places and seek to be what we are not. We all have our own mythology and purpose that we are designed to live out, our own gifts and magic we are here to bring to the world. These will unfold naturally when we are aligned with our mechanics

'We all have these mental stories about how we cannot be ourselves. Just simply understanding how you are hardwired is so helpful.' '

About 47 percent of the population falls into this type of solar plexus authority: The solar plexus operates in a wave that is always moving. As this type rides their emotional wave and experiences all of its nuances, they pick up information over time. When they come to a place of clarity, or little or no nervousness in the body, they can make their decision at that point. If this is you, you’ll always get the better deal for yourself when you wait. Take time to “sleep on it,” and allow yourself to experience the full spectrum of your emotional wave before making decisions.

Just under 35 percent of the population has the Sacral Authority; many generators fall here. Your natural tendency is to wait for something/someone to show up in your field so you can respond. Your aura is pulling life to itself all the time. You don’t need to “go and get things.” Instead, get familiar with the many ways in which you are already responding all the time. Your sacral life force energy is a response mechanism—it’s either open to giving its energy to something that is healthy for you in the moment, or closed. A response can be signified by a spontaneous sound or body movement toward something. It’s not always about someone asking you a direct question.

This type is more rare, about 11 percent of the population, and is characterized by an intuitive sense or recognition in the moment. The spleen is our oldest awareness center, faster than the mind, and deeply rooted in survival, health, and well-being. Some people describe this authority as a splenic “hit,” or instant, intuitive knowing.

This is about 3.53 percent of the population—it is a Mental Projector with a lot of openness. You receive guidance from sensory information through your open centers. Using other people as “sounding boards” in order to hear the truth/not truth in your voice can be helpful here. Being in the right environment for you is important.

This is about 2.8 percent of the population, and describes a subsection of Projectors who are deeply non-energetic, and powerful, beings. The ability to listen and hear their voice is key. Their truth is expressed through the core of their identity (the G center). Allowing your words to come out unfiltered is key.

About 1.39 percent of the population, this is the Authority type of a Reflector who derives his/her authority from the lunar cycle. They have a special connection with the moon. Before making an important decision, you should wait through a twenty-eight-and-a-half-day moon cycle, which provides a consistent, familiar pattern to work with.

This heart-centered authority will come from a Projector or a Manifestor, and makes up just over 1 percent of the population. You must trust what you say or do spontaneously, in the moment. The voice of the ego will speak or move the body if you allow it to do so. It’s about letting the words come out unfiltered (as with the Self-Projected Authority), not saying what you think you want to say. This authority has a willpower that is unmistakably engaged, or not.